The character inspiration for this character sheet was created from a single die in an Advent Calendar.

When I first saw this die, my mind instantly went to Dr. Strange, but Katie saw Dwarven hands in the creation of the sketchings.

However, Dr. Strange is a Wizard or Sorcerer character, and I couldn’t find an official subclass specializing in runes. If you know of something I’ve missed, put it in the comment section below!

The beautiful rune markings show signs of either an old language or a knowledgeable arcana. These elegant carvings cannot be ignored, so I’ve put the thought of Dr. Strange away for a moment to create a Dwarven Rune Knight.

I know Fighters only have a 10-sided hit die, but how can I pick anything else for this rune-covered magic rock!

Raggron Stormbreaker is from a clan of strong-willed wizards who practice the knowledge of runes. Raggron wasn’t smart enough to join in with the arcana classes but proved himself in wrestling matches.

Although Raggron is considered a good fighter, he has been consistently belittled for his lack of rune understanding. Frustrated, Raggron spent a decade secretly practicing arcana until one day, he was able to produce a single rune.

Realizing his intelligence comes from active learning and not reading books, Raggron decided to leave his clan and travel the world, hoping to learn even more things on his trip.

You can bookmark this page to use the character sheet below, use the PDF here for the physical form, or you can use this online D&D Beyond sheet. All of which are playable Raggron Stormbreaker character sheets. 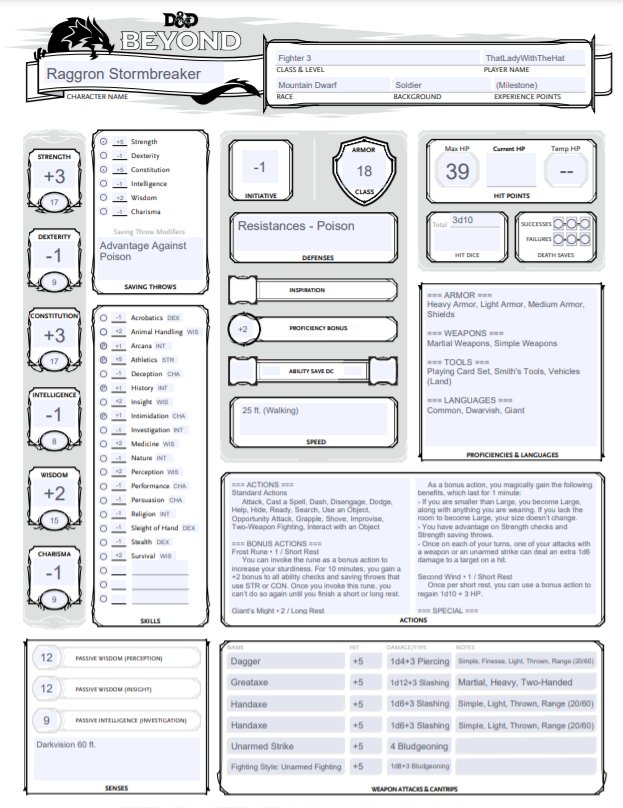 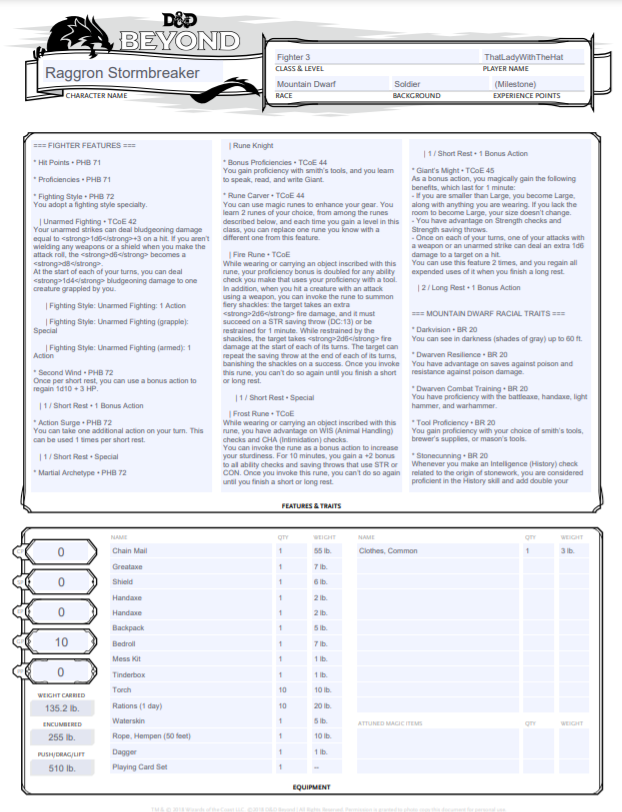 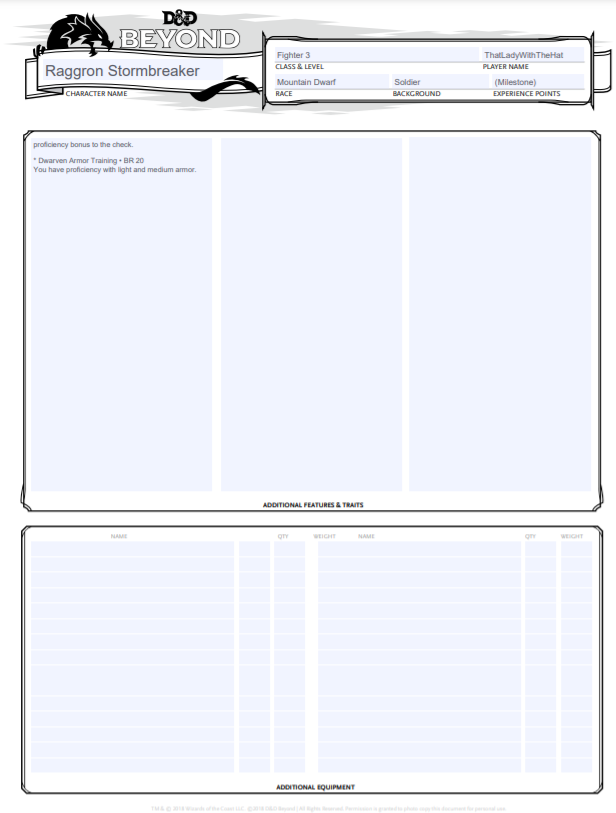